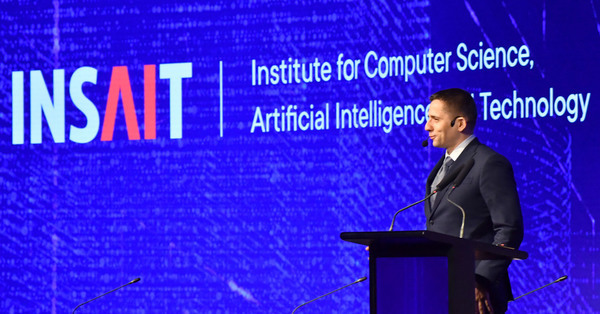 INSAIT, a new Institute for Computer Science, Artificial Intelligence and Technology, has been launched in Sofia, Bulgaria, this week.

The objective of INSAIT is to establish a world-class research centre which helps to keep local talent in Bulgaria and which attracts outstanding international scientists to the region by offering globally competitive research facilities and compensation. The foundation of this new institute marks an important step towards the ELLIS-endorsed concept of a multi-centric European AI lighthouse.

INSAIT has been created in partnership with ETH Zurich and EPFL Lausanne. The Chair of the Supervisory Board is ELLIS Fellow Martin Vechev, a leading scientist in the field of computer science and a Full Professor at ETH Zürich. The institute is structured as a special unit of Sofia University and is supervised and advised by world-renowned scientists from ETH Zurich, EPFL, IST Austria, MIT, UC Berkeley, Yale, Princeton, and the Technion. Thanks to investments from Google, DeepMind and AWS, and financial support from the Bulgarian government of almost $100m over 10 years, INSAIT plans to build up world-class research and educational programs. These programs comprise the foundations and applications of artificial intelligence and computer science, including machine learning, natural language processing, computer vision, information security, programming languages, formal methods, quantum computing, computer architecture, among others.

“A logical next step for INSAIT is to develop as a strong ELLIS site", says Martin Vechev about his plans for the future of the new institute. And ELLIS President Bernhard Schölkopf adds: “ELLIS is very keen on supporting sites in Eastern Europe that have the potential to become outstanding centers of excellence.”

Keeping excellent researchers in Bulgaria is one of the main goals of the new institute. “Eastern Europe is full of bright scientific minds – but too often, people’s aspirations are limited due to lack of facilities, funding and support. This has resulted in a ‘brain drain’ away from Eastern Europe, a systemic problem that is discouraging innovation”, says Martin Vechev. “INSAIT is perfectly placed to reverse this trend and compete on a worldwide scale. AWS, Google and DeepMind understand the importance of bridging science and technological divides between East and West to promote inclusive economic growth and recovery, democratise science and attract top talent focused on solving some of AI’s hardest challenges. We also have their support in promoting diversity and inclusion in science, by encouraging applications from women and other underrepresented groups in technology and science”, he adds.

Watch the full replay of the INSAIT launch event on 11 April 2022 here.

More information about INSAIT is available on the institute’s website and in the related press release.