The European Laboratory for Learning and Intelligent Systems expands its network even further and welcomes four new units in Jena, Stuttgart, Milan, and Manchester 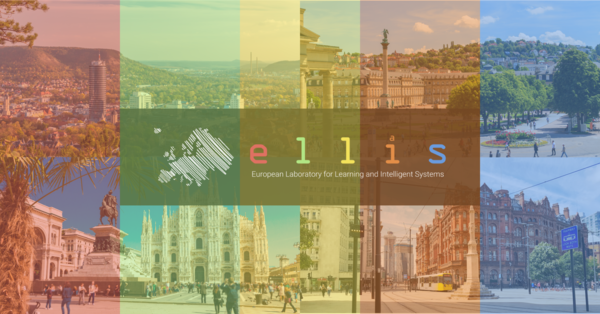 Stuttgart/Tübingen, November 5, 2021 – The European Laboratory for Learning and Intelligent Systems (ELLIS) recently added four new units: Jena and Stuttgart in Germany, Milan in Italy, and Manchester in the United Kingdom (UK). The ELLIS units strive towards a meaningful contribution to securing Europe’s sovereignty and leadership in the research field of modern artificial intelligence (AI). With its units in 14 European countries and Israel, the ELLIS network includes several world-class institutions.

We are very thrilled to welcome the four new units to the ELLIS network,” said Dr. Nuria Oliver, co-founder and vice-president of the ELLIS Society as well as Chief Scientific Advisor at the Vodafone Institute, Berlin. “We have now reached a critical mass at which the units are also effectively starting to collaborate with one another. Instead of speaking of stand-alone units, we’re delighted to see the network of units thrive.”

The ELLIS unit in Jena, Germany, involves three research institutions: the Friedrich Schiller University Jena, the Max Planck Institute for Biogeochemistry, and the Institute for Data Science of the German Aerospace Center. At the interface between climate and environmental science as well as machine learning (ML) their emphasis lies on scientific knowledge integration in and generation from machine learning approaches. “The ELLIS Unit Jena now being part of the European network offers access to excellent AI expertise in Europe, leading to fantastic new avenues of interdisciplinary collaboration. AI is extremely relevant for earth, environmental and climate science, which are the main themes of our unit,” said Prof. Markus Reichstein, one of the two directors of the ELLIS Unit Jena and director at the Max-Planck-Institute for Biogeochemistry as well as at the Michael-Stifel-Center Jena for Data-driven and Simulation Science Jena. “This unit manifests the successful collaboration of the involved parties over the past ten years. We see the ELLIS Unit Jena as central node in the network, with the potential to foster the scientific breakthroughs which, through linkage to policy and business, eventually contributing to a sustainable development of our planet,” added Prof. Joachim Denzler, director of the Institute for Data Science of the German Aerospace Center and Chair of the Computer Vision Group at the University of Jena.

In Stuttgart, Germany, the newly established ELLIS unit is situated at the University of Stuttgart. Here the research focus is on interactive intelligent systems, natural and programming language processing, learning theory, and robot learning. One of the two unit’s founding directors and head of the Institute for Stochastics and Applications at the University of Stuttgart, Prof. Ingo Steinwart, said, “The ELLIS selection process is led by top scientists from different countries and is highly competitive and highly selective. The fact that there is now the ELLIS unit in Stuttgart not only underlines the excellence of the location with its research foci, but also in particular that of the researchers involved.”

“Being accepted into the ELLIS network is a great success for our location in these important AI future areas, which will significantly increase our visibility within Cyber Valley, nationally and internationally,” added Prof. Dr. Andreas Bulling, Professor of Human-Computer Interaction and Cognitive Systems from the Institute of Visualization and Interactive Systems at the University of Stuttgart, and second founding director of the ELLIS unit in Stuttgart. “The chances of success for future research proposals as well as for attracting young researchers at all levels of the scientific career ladder increase.”

The ELLIS unit in Milan, Italy, brings together excellent researchers from four institutions: Bocconi University, Politecnico di Milano, University of Milan, and University of Milan-Bicocca. The unit's main research areas are interactive learning, statistical learning and non-convex optimization, health and computational biology, as well as natural language processing and computational social sciences. Additional areas they intend to investigate include sequential decision-making and algorithmic game theory, as well as neural networks in connection with classical AI and neuroscience. “The ELLIS Milan unit is the result of a joint effort, combining the research groups of four major universities that have complementary skills and strong interdisciplinary components. Thanks to this recognition, Milan is now firmly on the map of European AI excellence,” said Prof. Nicolò Cesa-Bianchi, director of the ELLIS Unit Milan and Professor of Computer Science at the Department of Computer Science of the University of Milan. “The decision to join forces under the ELLIS framework is also a very timely decision, given that the Italian AI strategy is beginning to unfold. The goal is to fuel collaborations between the research groups, taking advantage of their complementary strengths.”